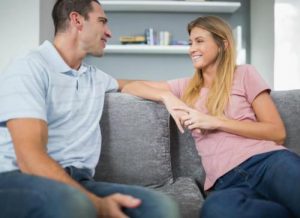 What men want is (of course) an attractive woman who takes care of herself. This does not mean that every man’s definition of beauty is Megan Fox. Hell, I’m even willing to admit she is hot as hell (in an unrealistic, Botox filled, fantasy sort of way) but she is also a Moron. This is not necessarily the type of beauty most men are looking for.

Of course they see a girl like foxy Megan and they think Wow I’d like to bang her but that’s not the type of girl they want to have a relationship with. To most men, it doesn’t matter what size you are (or your boobs, they just like boobs!), what color hair you have, or the particular style you daunt. Different guys want different things. But one thing is universal and very important; that you carry what you have with the utmost confidence.

What men want is a woman who is not high maintenance. Now, I am not by any means telling you to cancel your monthly hair appointment. However, I am telling you that men don’t want to be with a woman who is obsessed with her looks. Refusing to leave the house without any makeup on will turn him off quicker than nakedness turns him on. Men want a woman who is just as confident in that little black dress as they are in a pair of jeans and a baseball cap.

Men also want a woman who is going to give him the guy time he needs; whether it is sitting around playing a few hours of video games or hanging out with the guys for drinks or cards. Not only does he need this time to himself, he needs to get it without you calling him every hour or bitching at him for not being with you. If you’re at all too needy, odds are he’s not likely to stick around.

What men want is a woman who is not going to constantly nag them or that acts more like a mother than a girlfriend. Quite frankly, if you have that many complaints about them, why the hell are you with them? They do however love for a woman to cook for them. Can’t even boil water? I really suggest you learn. I’ve known guys to fall gaga over someone who made rice crispy treats for them!

And for the grand finale… Sex, Sex, and more Sex! This one we all should know. Men love sex (I truly believe it’s more of a need for them). The more they get the happier they are. Remember ladies, if you are not giving it to him as often as he thinks he needs it, he will surely find someone else who will.

How to be the ultimate men magnet

Chivalry is dead? Since when?
Domestic violence help and information