In the year of 2013, I’d love to think that women were finally able to express their own sexuality as much as a man does. Even though, with thanks to Sex and the City (seriously – bless that show) there has been a huge shift on the social acceptability of women having one-night-stands and actually enjoying the sex as much as men do – women are still looked at in a different light when they flaunt themselves around town sleeping with one man, and then the next. If it were a man doing that people might shake their head, while most others would give him that knowing smile as if to congratulate him for spreading his swimmers as far as they will go. However, enter a woman who does the same thing, and girls will point and whisper about keeping their boyfriends close, and men will all elbow each other as if just because she’s slept with a few men it’s going to be easy for them to get in her pants too. Just because she gives into her own sexual desire, doesn’t mean she’s not particular about who she chooses.

Getting past the unfair criticism

As a woman who has been single for many years at a time, I’ve had my fair share of partners, which led to one night when a guy tried to pressure me to have sex with him. After being cornered in a room which I eventually got out of unharmed (except maybe my ego), he said to me “I know you had sex with Joe, so why won’t you have sex with me?” As if my having sex with some other person that I wasn’t dating was enough to make me what, available to any other guy who wants to have a go with me?

It’s pretty disgusting actually, and it’s not getting much better. Girls are still being called sluts in high school and college while guys are getting high-fives and congratulatory beers every time he takes another willing young woman to bed.

So what’s the deal? Writer **Ian Lang, from Askmen.com claims that the reason for congratulating other males comes from the fact that picking up women is harder than picking up guys. In fact, he claims, picking up guys is not even a ‘thing’ (when ‘picking-up’ means finding a partner to take home for one-time sex). To which, I must say, he does have a point. No girl is going to congratulate her friend for being able to find a guy at the bar who is interested in going home with her. There are countless men in that bar that would do anything to go home with her – no matter who she is or what she looks like. After all, she has a vagina and is offering it openly for sex. (no pun intended) Imagine a girl walking into a crowded bar or party and saying “Who wants to have sex with me tonight?” Now Imagine a guy doing the same thing. He definitely has a point that it’s easier for women to find sexual partners than it is for men. However, that’s about all the credit I’ll give him.

He continues by saying that women can’t brag about their sexual conquests because sleeping with men is not about game, it’s about giving them something they already wanted. And then he goes on to call those types of women ‘sluts’. He seems to believe that women should use their power over men to take the relationship as slowly as they want. But what if, tell me this, what if a woman just wants to get laid? Men aren’t the only ones who get horny you know – look at any of the women on Sex and the City. That’s not made up. Single women have sexual urges just like men do, so why not go out on the town, grab a cute stud who’s more than willing to come home with you, and have a wild night of no-strings-attached sex?

Bottom line is, single women need to be able to give in to their own sexual desires and not be labeled with demeaning names or treated like dirt. 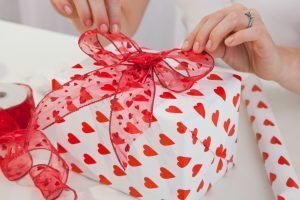