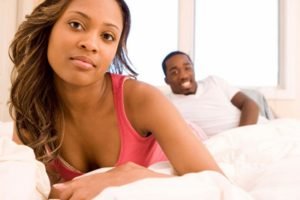 I think a lot of guys may be a little confused about what women want. For some reason, many of you have this idea that we look for the “cool guy” in the club. You know the guy… slick hair, nice silky button down, dress shoes; the kind of guy who (appears) to be able to draw all eyes on him. The kind of guy who (supposedly) can buy any girl in the bar a drink and take her home that night if he wanted to.

Or how about the “bad boys” who, no matter how badly they treat their women, seem to keep them coming back for more. Do you think what women want is the wealthy guy who really wants nothing more than a trophy on his arm? Can anyone say sugar daddy? Most of us go through stages, just as you guys do. And some of us never grow out of them but for the majority, we are looking for the same things that you are. And believe it or not, we think a lot like you too (to an extent of course).

Some of us may want Joe Cool as a boy toy for a spell, some of us may even take on a sugar daddy to get what we want for a while, but realistically, this is not the guy we want to take home to meet the family. Most of us still want a man we can depend on; again, to an extent. As you are probably aware, women these days are very independent.

We want to joke and laugh and talk about things we agree on, even the things we don’t. When we’re younger, we go for the bad boys because there is the challenge of trying to change them (that whole maternal pain in the ass thing). The more mature we get, we want more of a mind challenge, which is definitely a sure turn on.

When there is a problem, yes, we want to talk about it. That means you have to listen to us and give a little input (go ahead and sigh). How else are we to be able to figure out a solution together?

Chivalry is not dead. We are still ladies and like to be treated as such; we still like to have our doors opened for us; we still like a small bouquet of flowers once in a while (not just when you do something wrong and it’s more romantic if you pick them yourself); we still want to be complimented; and we still want to see you get a tad jealous sometimes (this does not mean flying off the handle for some guy looking at us; this should actually flatter you.)