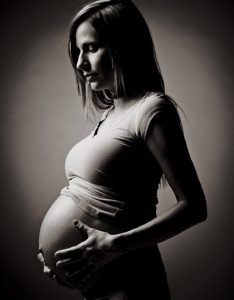 Pregnancy is when a female mammals carries one or more embryos or fetuses inside of her body which occurs after a period of time after conception and before child-birth. The length of pregnancy between animals varies but for human beings it is around 9 months.

You can get pregnant much the same way as getting an STD, by having unprotected sex or using contraceptives improperly and having sexual intercourse. Additionally, if a female has a failed hysterectomy or tubal ligation a male has a failed vasectomy and is still fertile, a woman may become pregnant.

Unlike accidental pregnancies, it would seem that planned pregnancies are actually more difficult. This can be attributed to many things which includes but are not limited to: age, medications, stress, physical conditions, medical conditions, alcohol consumption, drug use and remaining hormonal influence in the (female) body from birth control. Additionally, some who want to become pregnant will find that they are not able to do so naturally – via sexual intercourse – and other methods are available for them to become pregnant.

Sexual intercourse is the way all mammals, including human beings become pregnant. During sexual intercourse the male will ejaculate into the vagina of the female and the sperm contained in his semen will try make it’s way past the cervix, through the uterus and into the fallopian tubes to the waiting egg. Unfortunately, while a man’s semen may contain 500 sperm, only 1 will be able to successfully fertilize the egg, if any do.

While it would seem this would be the easiest way to become pregnant and you only need to do 1 thing – have sex – this is not always the case. The first thing a woman who is TTC should do is visit her gynecologist who can determine if she is physically ready (has had correct vaccines, is consuming enough folic acid, has healthy eggs et cetera) and help determine when, during her cycle, the female will be most fertile.

A woman can also purchase an at-home kit which will help determine her most fertile days in her cycle or use an ovulation calendar to determine fertility. Additionally, fertility can be determined by monitoring basal body temperature every morning by with basal thermometer; however, this method is not as accurate as visiting your OB-GYN. Monitoring physical changes such as cervical mucus can also help aid in determining fertility but should not be relied upon solely.

Generally, a woman is considered the most fertile on days 10 – 17 of her menstrual cycle, if she has a regular 28-day cycle. However, each woman’s cycle is unique and most women will have at least one fertile day outside of this window. Additionally, because sperm can survive about 2 – 4 days inside of the uterus, this can increase fertility.

There are some things couples should keep in mind when trying to conceive:

For a sexual who is unable to conceive naturally, a process called In Vitro fertilization exists. The eggs are removed from a woman’s uterus and fertilized with the sperm of her partner, then inserted back into her uterus.

For a couple who is unable to conceieve naturally, potential single parents or gay couples a process called Artificial Insemination exists. Through this method, sperm is placed into the female’s uterus. The sperm can be the sperm of the woman’s partner or that of a donor.

Surrogacy involves a third party female, or surrogate mother, who agrees to carry a fetus to term for another couple or potential single parent. The surrogate mother may be implanted with the egg of another or may be the biological mother and is then fertilized with the sperm of the male, usually by artificial insemination. After birth, the surrogate mother relinquishes the child to the intended person or persons.

To determine whether or not you are pregnant you can look for symptoms such as a missed period, break-through bleeding, headaches, fatigue, nausea, bloating, cramps, breast soreness, acne, frequent need to urinate or increased sense of smell. Many of these symptoms are due to the pregnancy hormone HCG which also causes morning sickness.

If you think that you may be pregnant you can by a pregnancy test from a local drug store and test yourself, according to the directions on the box, to see. How soon you will be able to test depends on the test you purchase and your unique cycle. Although some a test may say it will be accurate the first day of a missed period, this may not be true because of your cycle. Most tests will not guarantee accurate results less than 9 days after conception or the first day of your missed period. Taking a test prior to this can result in a false negative.

Many pregnancy tests are sold in pairs and you may want to purchase 2 tests instead of one so that you may test once and then test again – about a week later – to double check your results. While most at home pregnancy tests are accurate, if directions are properly followed, it’s still possible to obtain a false negative – or positive.

Most pregnancy tests advise that you take them in the morning when the concentration of of HCG hormone will be most present in urine; however, many tests can be taken at any time during the day.

A doctor may diagnose infertility after a current medical exam and looking over medical history and can then administer any of a number of treatments which include: medication, surgery, fertilization, artificial insemination, lifestyle and diet change, acupuncture and assisted reproductive technology (ART).

Pregnancy tips – how to get pregnant fast 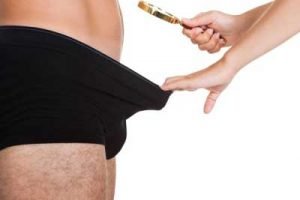 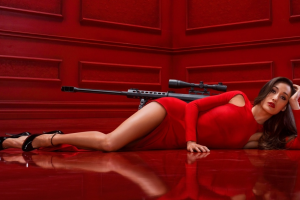 Use a dental dam
Get started cross dressing