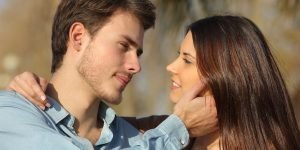 They claim to have all the info you need to get ex girlfriend or ex boyfriend to come to the realization that they should have never left and then the “cool” looking guy in the picture holding the cigar asks for your credit card. So, I thought I would give you my honest take on “get your ex back.” Now I need your credit card… Just kidding!

Let me point out that this is about your ex. This isn’t to say that people who are still together and having problems can’t work on those problems. Hell, that’s what relationships are all about; they have to be worked on daily. We are talking about at least one of you have decided for whatever reason that you can’t be together and you’ve come to the harsh conclusion that it’s over (no matter how long ago that was or how long it lasted). It simply doesn’t make sense to want to get your ex back…
People break up for a reason. And for whatever reason that is (there are sooo many), it was important enough that one of you could no longer tolerate what the other was doing (or weren’t doing), what one of you was not getting, or how one of you were being treated.

If you can’t work on and do your best to change these things while you’re still together, what makes anyone in their right mind think these things can be changed after the axe is handed down? How do you know IF you get your ex back things will miraculously turn around?

So we are going to go through some (of course not all) scenarios from both sides (1) those of you whose ex broke up with you and you want to get your ex back and (2) those of you who broke up with your ex, and for some reason decided you made a mistake. Either way, we are going to delve into many reasons why you should never want to get your ex back and it’s best to leave well enough alone. Shall we begin?

THEY BROKE UP WITH YOU:

First reason you shouldn’t want to get your ex back:

The two of you got together soon after they had a really bad breakup and they swear that they are over this other person. Things are going swimmingly for a while and the two of you spend a lot of time together and start getting to know each other. Then after some time, maybe a month, maybe a few (maybe even longer), although you think things have been going great, Bam!

They stop calling or they tell you they need some space. Next thing you know they are shacked up with the very person they were slamming two weeks ago for breaking their heart. Turns out you were only there to help ease their pain, loneliness, and/or boredom (ouch!). Silly rebound, they were using you as a pawn in a pitiful game of How can I make her/him jealous. Now that it worked what do they need you for? But for some reason you have “fallen for this person”.

Or so you think… in reality your being just as competitive as the ex before you. There are no true feelings in this game; only thoughts of How do I win. But guess what, you won’t win; pawns never win because they are merely used to get the king or queen into their “rightful” position on the board. Stop being a pawn, learn to be the king/queen, and take your rightful position.

Second reason you shouldn’t want to get your ex back:

The two of you start dating and thankfully there is no recent ex to worry about. You’ve both been single for a while and decided that you liked each other so much you thought you would give it a go. You start to build a relationship with each other. Maybe even consider moving in together and possibly even talks about marriage… (oh my, this is serious!)

However, the more time you spend together the more you start to annoy them. They tell you what needs to change, what they want out of the relationship (or else!). And for whatever reason you just don’t hear it (or you think there is nothing wrong and blow it off). Well after countless times of relentlessly reminding you, they suddenly grow tired of trying to ask for a compromise and give up (who could blame them?). They tell you it’s over.

After a while you begin to miss them and wonder to yourself, Maybe I can be the person they want me to be… (Really?) And subconsciously you tell yourself that you will do what ever it takes to get them back. And you start by giving your credit card to the “cool” guy with the cigar who has all the answers 😉 Seriously though, even if there are a lot of things that you need to work on, it could never work with this person again.

One, because you couldn’t even make the commitment while you were together; Two, why on earth would they trust you enough to give you a second chance? Three, you would be trying to “change” for all the wrong reasons; i.e. Not because you want too and are truly sincere, but because deep down you think if you at least show that you are making an effort (without really doing so) you will get them back and it will be swept under the rug until you have to deal with it again.

Meanwhile, you’re still the same old Why should I change? And maybe you shouldn’t; because I will almost guarantee that there is someone out there that is looking for someone just like you that can put up with your crap. But, my friend, your ex girlfriend/boyfriend isn’t the one. Obviously, they left you because they thought you could care less. If you really, I mean really want to change certain things about yourself, then do it. Then and only then can you be with someone that knows the new you and not the negativity that your ex will remember for all time to come (not to mention throw it in your face whenever they see fit).

Change because you want to be a better person, not because someone thinks you’re not good enough. No one can or should change simply because a previous significant other says that you should. We are all different and in our life time it is almost a certainty that we will encounter people that we initially think we could be with, but in time find that we are nothing alike, nor could we ever be together in the long term. In time, we will find someone that will accept us for who we are (although we all need work). And the only thing we need to do is be ourselves (and be willing to grow).

Third reason you shouldn’t want to get your ex back:

You’ve been together for a while and it seems you have a good thing going. You have a lot in common, you become great friends, and you don’t have many problems. Over time you notice that something just doesn’t seem right. They become more and more distant and the sex dwindles down to practically nothing (eeew!). You try to talk to them but they insist that every thing is ok.

Then out of blue they tell you they have been seeing some one else and they no longer want to be with you. Instead of being Mr. or Mrs. Right, turns out you were just Mr. or Mrs. Right Now. You’re heartbroken and the only thing you can think of for months to come is how you can get them back.

Unfortunately this person is not going to be able to have a healthy relationship with anyone, let alone you. They betrayed you and they lied to you and no matter how many excuses you try to make for them you will never be able to trust them again. They screwed someone else while you were together… ‘nough said.

YOU BROKE UP WITH THEM:

This one is a no brainer… you-broke-up-with-them. Things weren’t going well, or so you thought, and now you think you can get your ex back after you ripped their heart out and spit on it before it hit the floor? Guess you should have thought about that before you made the knee jerk decision to tell them what a loser they are and you didn’t want them any more.

Usually by the time you have had your little epiphany and figure out that you’ve made a huge mistake, they have already moved on to bigger and better things. As they say, the grass is always greener on the other side; however, once you move on to “greener pastures” only to realize you were better off where you were; there is no going back.

I say again, exes become exes for a reason. Whether they broke up with you or you broke up with them it really doesn’t matter. Yes its heart wrenching and yes, it takes time to heal but at the end of the day it probably is best for everyone involved. Break ups can be bitter and hateful and turn into a lot of unwanted and unwarranted drama. Sometimes, one or both of you say things and do things to hurt the other person and trust me when I say these things are never forgotten.

So, instead of stroking our hairless cat and plotting a master plan on how to get your ex back, we have to work on ourselves and the healing process. We have to escape whatever hold they have on us, learn to be happy without them, and find ourselves again. I know this is going to sound cliché, but when one door closes another one opens and opportunities abound. Take back your life and your heart because there is something wonderful waiting behind door number two!

P.S. stay away from the “cool” looking guy promising to get your ex back!

If you really want to get your ex back, here are 10 easy steps 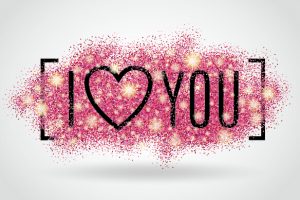 Ways to say I love you without speaking 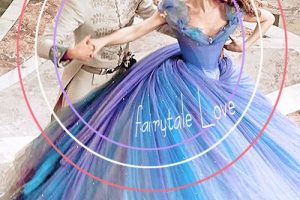 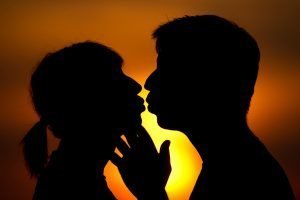 Make them fall in love with you now 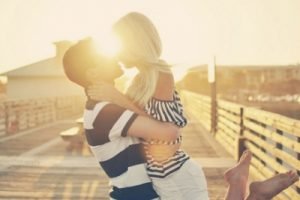 Myths of love: Your lover should be your best friend 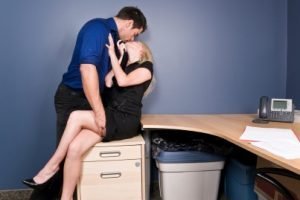 An office romance could cost you your JOB

Ways to say I love you without speaking

Make them fall in love with you now

Myths of love: Your lover should be your best friend